Based on the given information, use the drop down menus to most accurately complete the following statements. 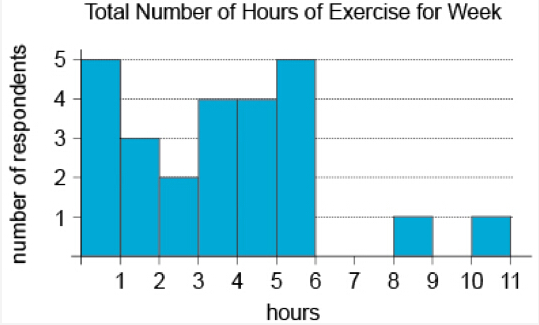 The least possible values for the mean of the numbers of hours of exercising reported for the week is .

The number of respondents who exercised on average less than one-half hour per day during the week is between .
正确答案: 3.12,10 and 14