A recent census revealed the age distribution of the residents of Town Y, shown in the graph. Since the census was performed, no resident has moved into or away from Town Y and there have been no recorded births or deaths. 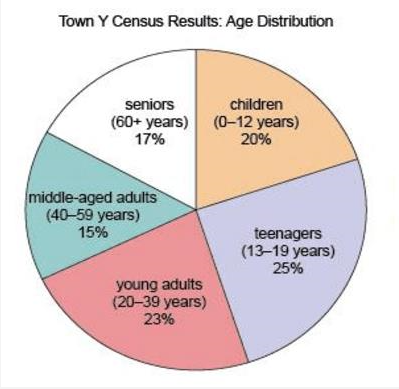 Based on the given information, use the drop-down menus to most accurately complete the following statements.

The census indicates that times as many residents were children or teenagers as were seniors.