For any given project, the diagram shows the progression of the stages of the project as well as the department of the individuals responsible for each stage. The stages-divided into the initial, intermediate, and final clusters-are each assumed to constitute some nominal fixed percentage (NFP) of the project's lifetime. In the diagram, each cluster percentage is the sum of the NFPs for the stages within the cluster. 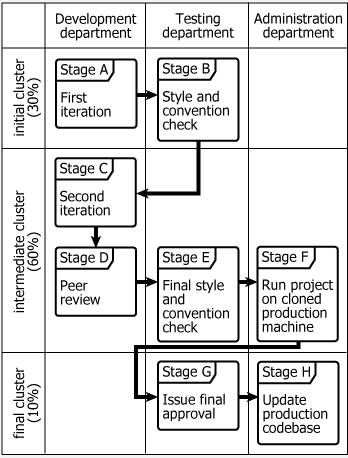 A status history report-a report containing the daily project status for any project that was active within a given timeframe-is produced by a computer program. Below is the report that was generated at the end of the day today, which is the fifth day of Week 7. The report shows, for example, that Project 75039 began on the second day of Week 6, spent 3 days each in Stages A and B, and has been in its current stage, Stage C, for 3 days. 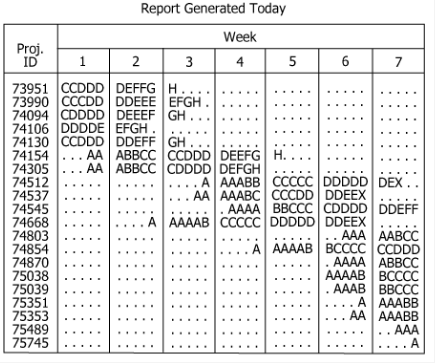 Which one of the following statements is most strongly supported by the information presented in the tabs?